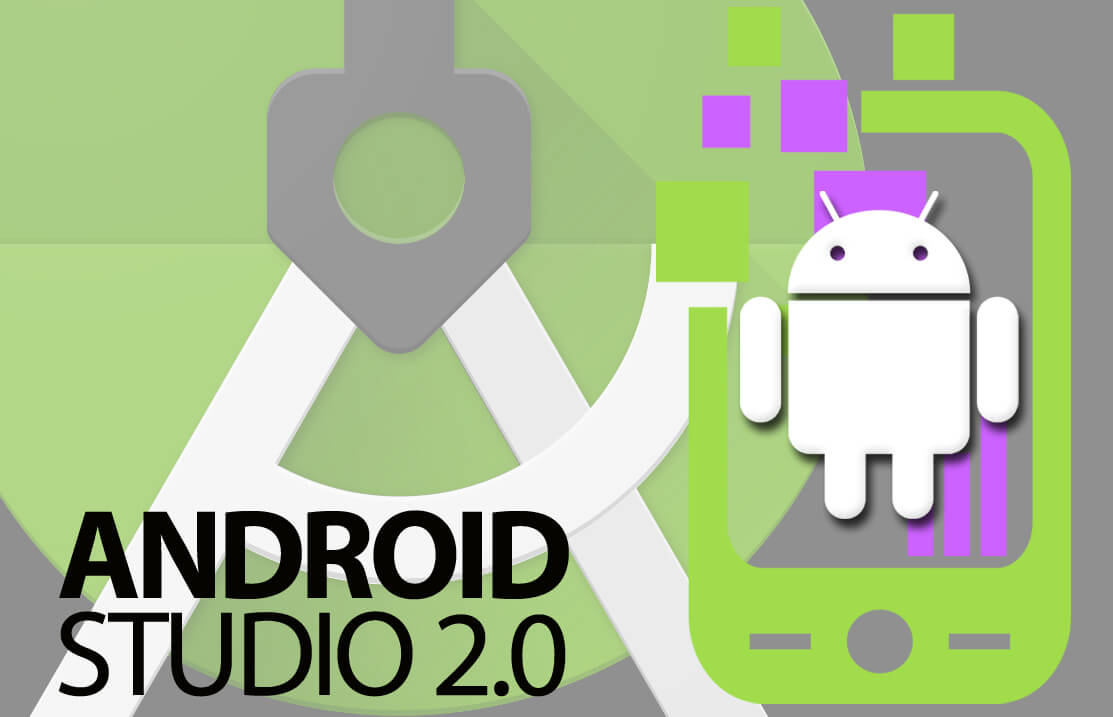 Android Studio 2.0.: The main intention behind the origination of the new version of IDE is to make the Android Application development a lightweight task for the developers. The new version comes up with many great features and gigantic changes as compared to its predecessor. Now the build speed and deployment speed have been accelerated making it 2-2.5 times faster for the developers to develop apps. Moreover the incremental build (build before an app is completely built) is now going to take very less time.

The key features that makes it far better than the former versions of Android Studio are:

When working on the CBR (Code Build Run) cycle the developer needs to see how the app looks in order to iterate. Earlier the slow speed of the emulator led it to be a major concern from developers’ point of view. After many major changes, the new APK has a deploying speed of around 5X time as compared to the previous versions.

Android Studio is including a very early preview of their new GPU profiler and debugger in 2.0. This allows effortless profiling of OpenGL ES Android code. Now one can record and replay GPU stream frame by frame so that one can easily understand and debug into GL code (Graphics Library Code). Now Graphics developers can save countless hours while debugging graphics rendering problems.

This feature is not installed automatically currently, so it must be downloaded individually from the Tools section of the SDK Manager in Android Studio.

Instant Run is the most fascinating feature for app developers. The idea behind the new Android Studio was speed, and it’s now 5 times faster when writing code for Android Marshmallow as per Google officials. When enabled, Android Studio will bundle the changes for each consequent build of an app and will push them to an emulator or a connected device to be run quickly. Some code changes can be run in place, but plenty of changes to resources or code will need the Activity to restart. This means a few of your app state can remain integral making your changes happen smoothly. Moreover instat run will work on virtually every emulator, every current device and even every version of android launched after IceCream Sandwich.

Deployment of the app is one of the most important milestone in an app development cycle. In 2.0, the Android Studio team has worked very closely with Google search team. The feature of deep linking allows the developers to expose the app so that it could be easily discover able in Google search. The deep linking comprises of the following functions so as to help in deployment:

Intention Actions: One can go in Android Studio and when they are in their code, it will suggest them in line where to put code and expand and will also show how to configure it.

It checks whether the deep links are correctly configured in the code or not.

Now one can easily see whether google can index and render the app pages correctly.

Apart from these features many new features such as enhanced testing support which is supported by IntelliJ 15 (latest version of IntelliJ) is introduced. IntelliJ is an open source Java integrated development environment. One can download Android Studio 2.0 from Google’s canary release channel.Google advises keeping a stable version of Android studio in addition to the Android Studio 2.0 preview.