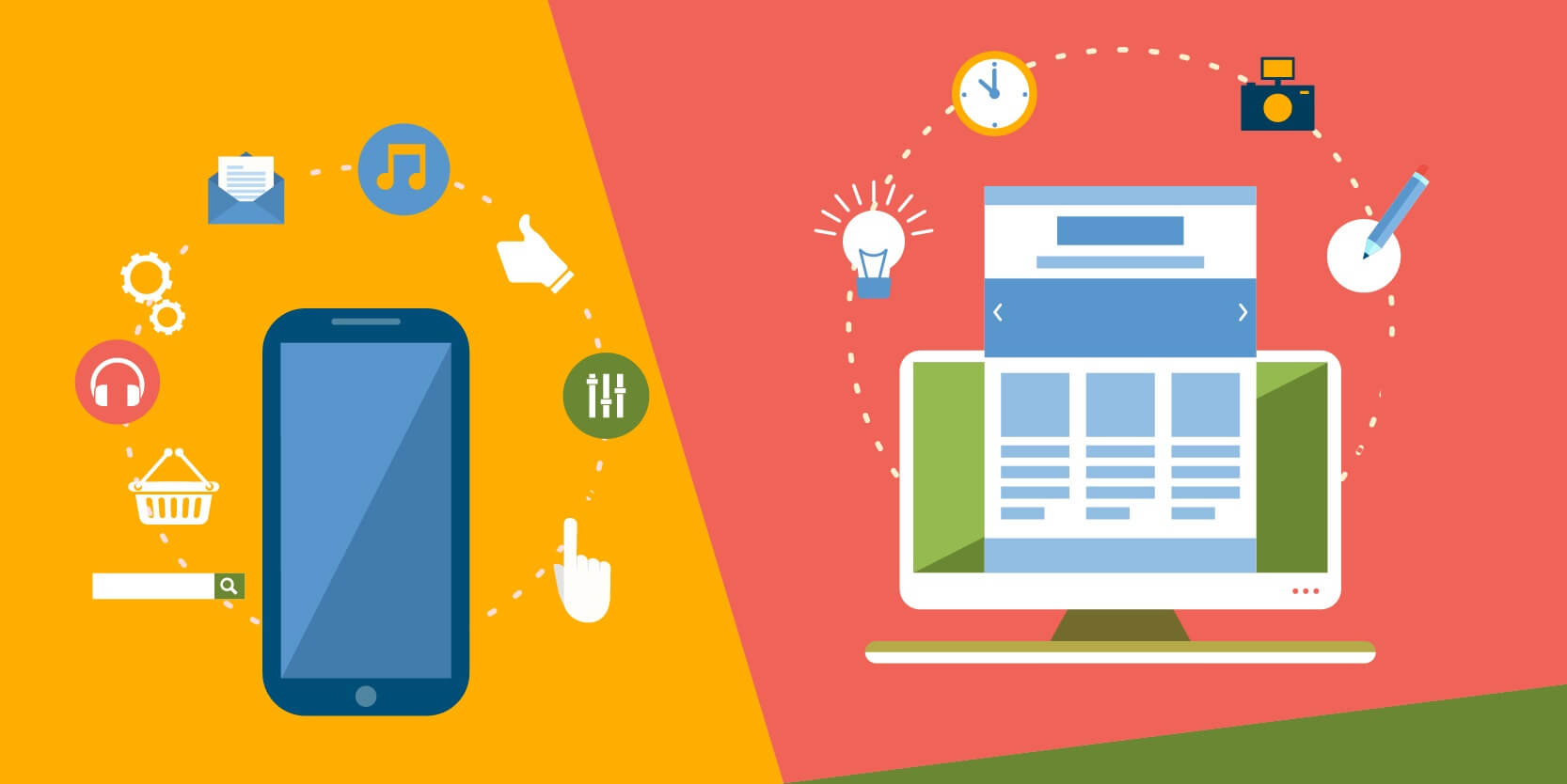 Mobile App Web App: Article ‘Difference Between Mobile App and Web App’ previously explained the business and commercial differences of having an app for your startup.

But once you have decided to go for a particular platform for your startup, you should also know some of those finer differences between the two which you should care about while defining the design of your app.

These may be too obvious to know and understand but watching these facts while you ask your developer to build an app for you, would always help in saving bad surprises later.

Designers should be vigilant of such differences and must consider all of those while designing an app.

If a designer is a mobile app user himself, he can certainly experience many of such required differences on his own.

Looking at one side of the comparison will automatically make you aware of the other side. Let us share those fundamentals which are important to be followed while designing mobile app interfaces.

1. Remember, we do not have a mouse to use on a mobile screen

One of the basic and most important differences between a mobile app design and a website layout is that you can not have any such element on a mobile screen that might require a mouse click. Focus on the fact as to how can you make it easy for a user to press any button and well test it before releasing it for public use.

While working on websites you do have the liberty to put in as much information as you want because of sufficient availability of space. But on mobile devices, one does not have such freedom.

You have to convey your message in a quick and restricted way. So prioritize your content and publish only very important content for a mobile app.

Not only the content but other design elements are also in question here. Just imagine a situation, where you might come across an app which offers you to click a button that is too small to be clicked by your fat fingers or maybe that the button is sitting on a corner, hiding behind your mobile cover’s edge. So be aware while placing such “Click to Action” items.

3. User experience is most important to keep him connected – Mobile App Web App

This is nothing new. Whenever there was a shift in technology, user experience had to be re-understood.

Building user understandable designs had been an important challenge to overcome, since the desktop applications era. Like it was needed then, similarly while designing a mobile app screen now, think rationally.

A user might expect the availability of certain web elements in a specific pattern while surfing a website but may get lost when you offer the same pattern while he is accessing the same thing as an app on mobile.

Try to build an app’s design considering the app’s business scope. An app, which is required to search the nearest taxi or a metro station, should have an interface that offers search results in a couple of clicks because a user might be using it while on the move.

Similarly, an app, which offers to modify a picture should have options for using an existing picture as well as taking a new photo. Whereas for this functionality, you may not need a feature of clicking a new photo while performing the same actions through a website.

Designers must refer to standardized UX elements for different mobile OS. Many of those are listed on a blog of Kintek.com. A separate design wireframe is a must for a mobile app.

During the early days of mobile apps introduction, it was acceptable that a designer may simply create a website’s wireframe and may then use them for mobile apps too after minimal modification. But it is not that simple anymore.

4. Mobile users hate too many questions

Who loves filling up long forms and especially when a mobile app asks me to do so, I prefer not to install that and find a substitute. If you are planning to launch your mobile app on Android Marketplace, do not ask for his email ID and Phone no. at all.

That’s not required. You have them already with you after he had downloaded your app. If still, you have any specific information to ask, then be specific to ask that rather than pushing the user to fill in a long-form.

With the growth of the mobile devices market, too many variations in screen sizes are observed. Until iOS6, Apple had been managing it well, but with the introduction of iOS7 and iOS8, designers have to be very careful about Apple screen sizes too.

For Android, the situation is even more challenging. So this becomes yet another important factor for designers to ask in advance from your project manager or client as to which all devices do he wants the app to be supportive of.

A decade before 2015, I remember, we used to create very lightweight PNGs or animated GIF images only for mobile screens.

Those who designed TIFF files for the print industry back then might recall how had they neglected these file formats during those days. But the time has considerably changed now.

7. Testing is needed at the designing phase too – Mobile App Web App

Designers should try to gauge the user experience at the designing stage itself. For that, he should perform simulation tests and A/B testing of the screens to ensure that everything works well for an end-user.