Most Popular Databases: Digital transformation has enabled companies to produce information at every touchpoint, whether they are a tiny business or a large conglomerate.

A database is required by any firm, regardless of size, to organize and store its key data.

To provide such a service, database management system software comes to the rescue.

A database can be compared to an office space where all of the vital data and reports are stored.

We must use extreme caution when accessing the database’s contents because the information stored there is extremely sensitive.

The old SQL list of popular databases is currently being augmented by numerous NoSQL, NewSQL, and Cloud databases.

Thanks to the advent of Microservices, Cloud, Distributed Apps, Semi-Structured Data, other technologies include Big Data, Low Latency Data.

Based on the extensive use and popularity of many types of databases in responsive web development applications.

Below is some information on the best database for 2021 or next year:

The most recent version of this database, 21c, has a number of enhancements.

It saves space and processes data more quickly, and it incorporates various new functions, such as JSON from SQL.

MySQL is one of the most widely used databases in the computing industry in 2021, particularly in web application development.

The database’s key goals are stability, robustness, and maturity. There are several editions of the greatest SQL database, each with its own set of features.

Microsoft provides outstanding toolset support for one of the leading database technologies, both on-premises and in the cloud.

It is not as innovative as other modern databases, but it has undergone significant updates over time.

POSTGRES was the initial name of the database.

Michael was also honored with the Turing Award for his contributions to PostgreSQL, a C-based database management system used by businesses that deal with large amounts of data.

There are a few things to consider when it comes to the most popular databases to utilize in 2021 using a NoSQL database.

MongoDB is an open-source document database management system that was first released in 2009.

A vast number of databases for mobile apps, which have grown dramatically in recent years, support the relational paradigm. 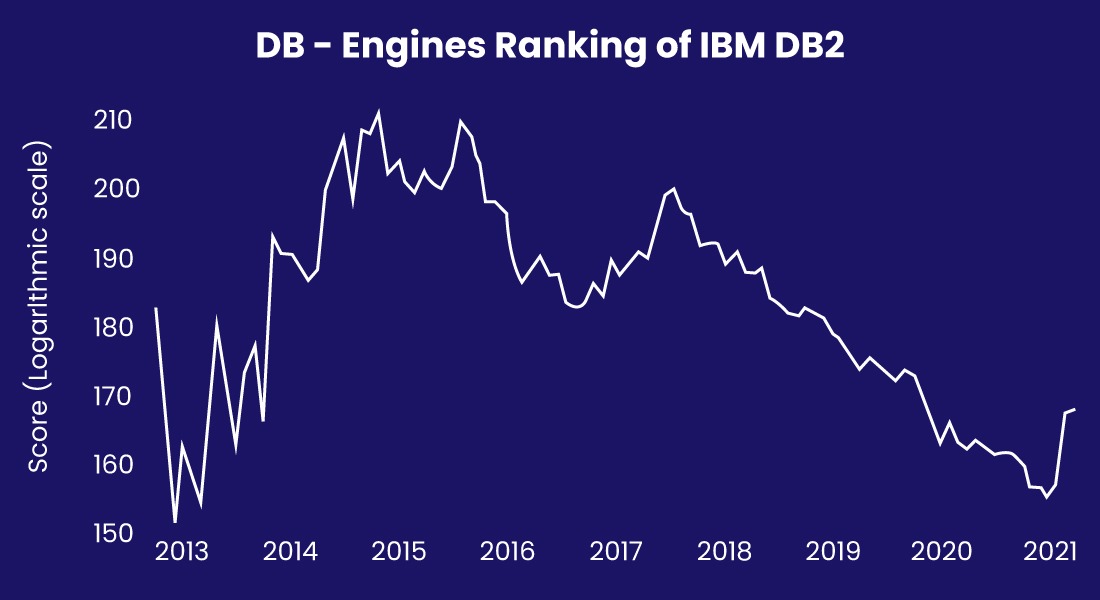 Redis is the most popular database platform, according to the Stack Overflow Annual Developer Survey.

It can be used as a distributed key-value database that runs in memory. 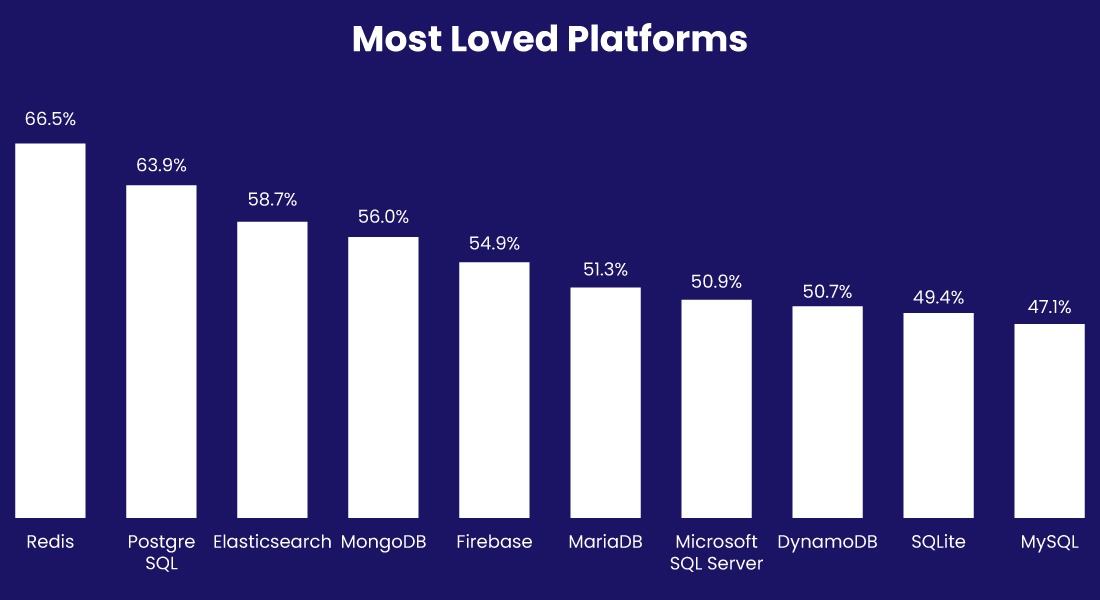 It’s a full-text search engine with a REST API and distributed multi-tenant functionality.

It’s a popular database for a 2008 app. It’s a distributed, open-source database with a large number of columns.

This is a scalable database management system that is commonly used in enterprises to manage big amounts of data.

MariaDB is a community-driven database, as opposed to MySQL.

OrientDB is an open-source NoSQL multi-model database program that enables businesses to benefit from the benefits of graph database management software without having to build several systems to handle various data types. 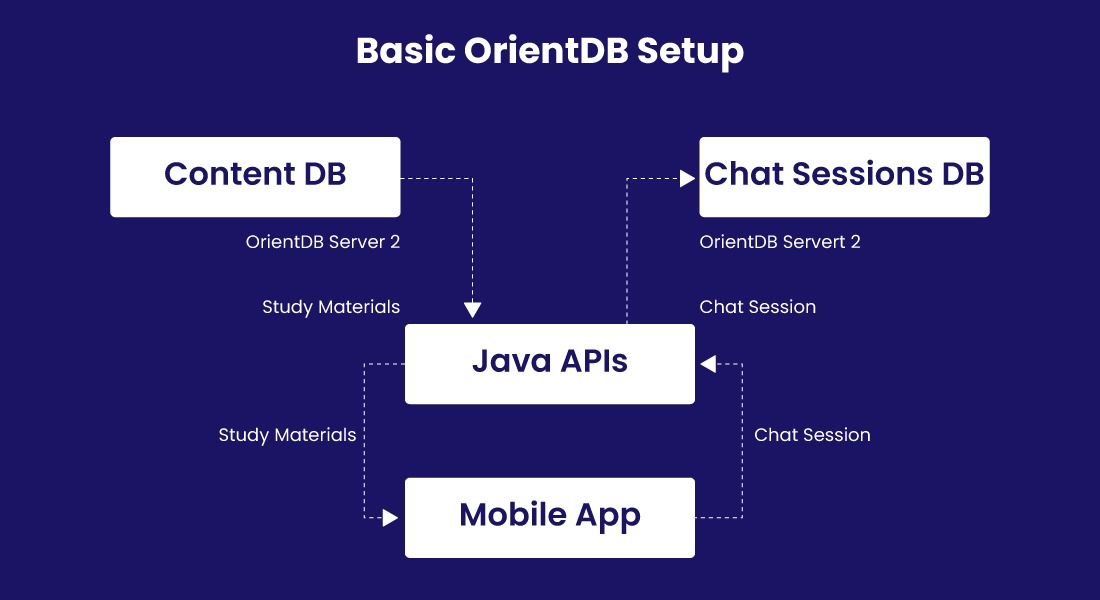 SQLite is an open-source relational database management system with a SQL database.

In the year 2000, it was founded. It’s a fantastic database that doesn’t require any configuration or even a server or installation.

DynamoDB is a non-relational database developed by Amazon.

It’s a serverless database for mobile apps that scales up and down as needed while automatically backing up your data.

Neo4j is an open-source NoSQL graph database written in Java that was first released in 2007.

The Cypher query language is used, which the business claims are the most efficient and expressive way to express relationship queries.

In this database management system program, your data is stored as graphs rather than tables.

Neo4j’s relationship system is rapid, allowing you to create and use other connections quickly to “shortcut” and speed up domain data as needed.

The multi-platform RDBMS has been improved with this fundamental database management system software solution.

It offers a number of financial options, from firebird memberships to sponsorship commitments.

What Is The Best Python Database?

SQLite, Oracle, MySQL, PostgreSQL, and more databases are among the databases supported by Python.

This is the standard in most Python database interfaces.

We’ll discuss one of the top databases here: SQLite

SQLite is perhaps the most obvious and common SQL database to connect with a Python program because you don’t have to install any other Python SQL databases, types, or SQL database components.

Naturally, the SQLite3 Python SQL library is included in your Python installation, and you can use it to connect to and interact with an SQLite database.

A database for mobile apps is regarded as the foundation of software applications, and a business cannot survive without it.

I hope this list of the most popular databases system in 2021 has answered any queries you might have about their extensive use.