We provide custom solutions for all your
AI, IoT and Mobility needs

Need a new iOS app that stands out from Apple’s 2.8 million apps store? Our team of Gurgaon-based iOS mobile application developers will help you ensure you have a very good iOS app designed for your market. The team of professional developers will help you create a wonderfully working application out of the brilliant idea you may have dreamed about! Yugasa ensures a completely custom made solution matching your exact needs instead of giving you a shelf product. 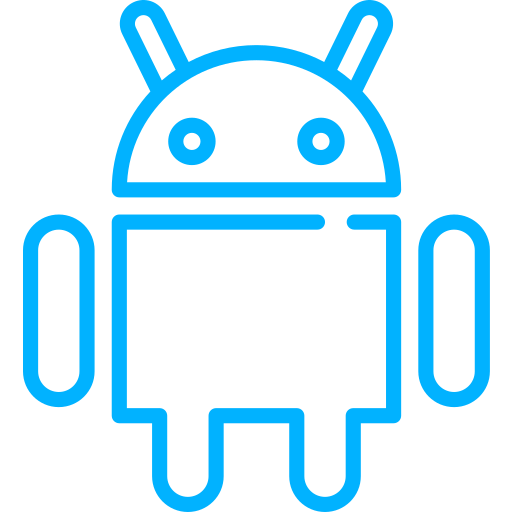 Think Android, think Yugasa! Our skilled and experienced Android app developers enable you to create innovative apps that engage your users for a long time. Our industry experience across a variety of business domains make us a perfect fit for delivering unique and quality apps at competitive prices. Customer satisfaction is of utmost importance for us and our team thrives to make you happy once you are on board with us!

If you think that the internet has changed your life, then think again! Artificial Intelligence is about to change it all over again. Yugasa is keeping a watch on the trends and has developed custom solutions based on Prediction Models, Classification Models and Unsupervised Learning. Yubo is one of the best AI enabled and NLP based chatbot built by Yugasa. We also develop custom Alexa apps specific to your business needs.

You name it and we do it. WooCommerce, Shopify, Magento, Mobile Commerce, Payment gateways, Coupons, Multi-vendor Platforms and Custom features development. Online stores and the eCommerce industry is highly volatile. Buying boxed products similar to existing platforms can not let you be successful in your venture. You need something unique for your startup. We do feature rich, dynamic and beautiful eCommerce website in no time.

Thinking about a good design is hard, but not thinking about it can be disastrous. Yugasa understands it very well and we believe design is ‘intelligence made visible’. All our websites and mobile apps have unique and eye catch designs. We deploy color sense and latest design trends while creating UI/UX of your apps considering your audience. An in-house fleet of graphic designers at Yugasa are capable of designing unique high resolution UI and UX of all kinds.

A software has no known bug means that it has not been updated! We work actively on older projects to upgrade them as per industry trends & get you ahead of your competition. We also welcome those projects which have been left mid way by your previous IT vendor for whatever reason. We coordinate with your older vendor in such cases and ensure receiving of full code and required KT from them before starting our work on your app.

Our team ensures that we use the latest cutting edge technologies. We have the best of the mobile app developers in Gurgaon.

Service on the go

We provide solution to all your requirements. We are regarded as the most known mobile app development company in Gurgaon.

We love to talk!

Before we put our best step forward to get your task done, we will understand your requirements and only then we shall proceed.

We bring tomorrow to you

We make sure that the team of mobile app developers working on a common project should understand the core purpose of the project.

Multiple BIG brands have shown confidence in us

Yugasa has been a choice for many established brands to outsource their software needs to us. Timely delivery of quality software products sets us apart from others.

Our work to become one of the best mobile app development companies in Gurgaon has seemed to have touched the hearts of a lot of our clients. When we asked them to share their experience with us, here is what they had to say about us

Yugasa is one of the best mobile apps development company. We deliver quality apps for Android and iOS platforms to clients of every size.

We Are One Team

Our continual full endeavors are to make ourselves assimilated with the interests of our clients.

We believe that superior customer service always costs less. This experience is a treasure-trove for us. It keeps our clients fully satisfied.

We Keep Our Promises

We have confirmed practice of keeping the promises. Delivery of services in specified time is the sine qua non in Yugasa.

At Yugasa, we strongly emphasis growing on an everyday basis by learning the newest and the most trending technologies. Our creative teams work really hard to keep us up to date with creating really engaging articles. We have some of the best team members working hard to get this in place for all our clients.

Twitter to Acquire Clubhouse: According to the reports, Twitter has been in talks with Clubhouse … Read More

Signal tests new feature in the UK, Users will now be able to send cryptocurrency
Posted on April 8, 2021 by Creative Team

GET IN TOUCH WITH US
GO AHEAD! WE LOVE TO TALK

Did we manage to impress you? We’d love to know what you think about us. You are just a click away from contacting #1 Mobile App Development Company in Delhi! Get the best solutions for your mobile app development requirements.

Twitter to Acquire Clubhouse: According to the reports, Twitter has been in talks with Clubhouse for several months to acquire the audio-based app for a total of $4 billion.

A very hefty amount to be paid as the app is just over a year old. The app has a grand total of 10 million users on its platform as of March 2021.

Bloomberg recently revealed that Clubhouse is in conversation with various financial institutions to raise funding from them totaling about $4 billion dollars.

After the discussions with Twitter didn’t come to any conclusion, Clubhouse started to investigate whether it appeared well and good to raise financing at that valuation.

The application allows users to have their own online public broadcasts. Members can check out audio meetings or board conversations and request to partake in live talks.

The clubhouse is just over a year old however has drawn audiences from probably the greatest names in business and Hollywood.

Various social media organizations have gone out to make a similar audio-based app to get into the same cloud as the clubhouse.

Facebook Inc. is scratching for the same, as well, and Microsoft Corp’s. LinkedIn and Slack Technologies Inc. have additionally said they’re chipping away at comparable features for their organizations.

Twitter shares were up about 3% on Wednesday, giving the San Francisco-based organization a market estimation of $55.1 billion.

Twitter’s Clubhouse rival, called Spaces, dispatched in late 2020, however, it’s as yet in beta structure and not everything clients can make or host public conversations.

CEO Jack Dorsey is bullish on the potential for sound as another path for individuals to communicate on Twitter, and the organization has since a long time ago bet on live substance through association arrangements and acquisitions.

At a press occasion on Wednesday, Twitter head of income Bruce Falck said the organization is thinking about approaches to adapt Spaces, yet those conversations are as yet in the beginning phases.

The organizations talked about a possible valuation of generally $4 billion for Clubhouse, individuals said, requesting that not be recognized on the grounds that the matter is private.

Conversations have now come to halt, and it’s indistinct why they slowed down, individuals added. A Twitter representative declined to remark. A Clubhouse delegate didn’t promptly react to a solicitation for input.

Signal tests new feature in the UK, Users will now be able to send cryptocurrency

Signal tests new feature UK, Following its rival WhatsApp, the fast-growing application Signal has declared to allow clients to send money in cryptocurrency to friends and family members, as it tests another shared payment framework in the beta variant of its application.

Called Signal Payments, Signal tests new feature UK that is accessible in the UK first, will right now support a security-centered payments network called MobileCoin, which has its own cash, MOB.

“You can likewise move your assets anytime, in case that you plan to move to another application or service,” he said in an explanation late on Tuesday.

The organization said it aims payments in Signal to be quick, secure, and function smoothly on phones.

“Signal Payments will enable users to send money to their loved ones and receive payments through the same channel. The app will help them track down their monthly expenditure and monitor their balance at the tip of their finger.

All this information can be reviewed through the simple interface of the signal app” the organization said.

WhatsApp already launched its payment services in India and Brazill. Although the payments are made using the general currency in those particular countries.

WhatsApp as of now has a distributed payments functionality in its application and is right now live in India and Brazil.