Banking on technology for our financial future

As we become immersed in a world dominated by technology, it seems that our banks have been relatively late to the party in terms of innovation such as AI and machine learning – but all that is about to change.

Long considered to be old fashioned and stuffy, banking has already had something of a reputation for dragging its heels when it comes to entering the modern world. In popular films and TV programs, bank managers and staff are inevitably portrayed as fussy and stuck in their ways but, as 2020 looms ahead of us, even banks can no longer ignore the necessity of technology for retaining customers. We take a look at some of the ways in which AI is changing the face of traditional banking and financial technology or, fintech.

Like every other industry, the banking sector is starting to realise the importance of knowing what its customers are saying, thinking and feeling. Sentiment Analysis is the art of using artificial intelligence tools to trawl news sites and social media outlets in order to find reviews, comments and posts – and to then decipher the ‘emotion’ behind the words. I essence, this involves AI figuring out whether a post is positive, neutral or negative in order to learn from it and act upon it. Although Sentiment Analysis is still in its relative infancy and often struggles with subtle nuances such as sarcasm and irony, the technology is nonetheless sophisticated enough to get an accurate picture of customers’ emotional reaction toward a brand; in this case, a bank. Modern banking institutions such as Metro Bank are already using Sentiment Analysis tools such as Social Mention to great effect.

Credit where credit’s due

A large part of banking involves making decision on whether to grant customers credit in terms of overdrafts, loans and credit cards. Until recently, banks have made these decisions based on a somewhat antiquated credit scoring process linked to a customers’s credit report and, this credit score would rank from 0 (very poor) to 999 (excellent). The use of AI is set to make this process quicker, more accurate and more adaptable as it uses much more sophisticated parameters. For example, with old fashioned credit scoring, a customer could score low simply because they have very little or no credit history. Systems using AI are able to make more intelligent, unbiased decisions based on a number of factors to weed out high risk applicants and authorise credit for those who may not have passed the traditional test – making the bank more money in interest. It’s unsurprising that our banks have cottoned on to this after vehicle lending companies in America reported that losses were cut by 23% once AI systems were in place.

One of banking’s biggest enemies is fraud – in particular card fraud which cost banks £566 million in 2017. Despite a number of security measures put in place, banks have, until recently, been relatively ineffective when it comes to stamping out fraud. Happily, a hero has arrived in the shape of AI which has proved to be incredibly effective in this area. New AI fraud detection systems are able to analyse customer behaviours including what they buy – and where they buy it, in order to establish patterns and prevent fraud by freezing transactions which are considered suspicious. The machine learning aspect of these systems allows for constant updating of customer patterns and is capable of examining interactions with many different conditions and variables. for example, if you always shop at a certain supermarket at 3pm on a Saturday, the bank’s algorithm will recognise this as typical behaviour. However, if for example, you tend to take out cash once a day – but suddenly your debit card is used to withdraw cash two or three times in a day, AI will identify this as possible fraud. 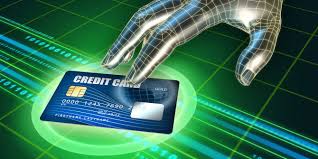 In today’s world, offering a personalised service to customers is considered essential in every corner of industry and, the world of banking is no different. Where once this would mean the bank cashier greeting you by name as you arrive at the desk clutching your bank book, these days, it’s all about the AI. As with other sectors, banks are using chatbots to ease the load of human staff and offer customers a faster, self-service option. Clever AI systems can analyse a customer’s account history at the speed of light in order to provide notifications, advice and offers in real time. This kind of personalised banking has proved highly effective for banking giants such as Bank of America, Wells Fargo and Chase.
When it comes to the use of advanced technology in banking, there are those sceptics who feel that fraudsters and criminals will simply harness the same technology in order to commit their crimes. Although this may be the case, there’s no doubt that AI is, on the whole, making systems safer for both the banks and their customers.

WHAT
MAKES
A MOBILE
APP ENGAGING

Let us call you to explain important tips of making a compelling mobile app for your next big venture.

Thank you for your message. Concerned person shall contact you soon.