Flutter the Best Platform: According to the Flutter community, over 100,000 applications have been downloaded to hundreds of millions of devices.

Why is Flutter so famous for creating new mobile applications, and why do experts believe it will be the future of cross-platform mobile app development?

Mobile app development constantly bridges the divide between the iOS and Android platforms.

Product owners want both financial savings and assurance that this is the case.

Developers need frameworks that are trustworthy and quick enough to manage the workload.

Finding a framework that addresses both development and business needs may be challenging.

The first cross-platform app development framework, Flutter, was introduced by Google in 2018, and it hasn’t looked back since.

Flutter app development trends are becoming the preferred framework for developers and businesses.

It is widely used by many of the most well-known companies in the world, including Alibaba, Google, AppTree, Reflect, and many more.

According to many seasoned app developers, the future of mobile app development is Flutter.

When it comes to building robust, high-performing mobile applications, they contend it is better than React-native.

The most popular toolkit today for creating cross-platform applications for smartphones, desktop computers, and the web is called Flutter.

Most development companies are going for Flutter app development services since it was developed by Google, the most prominent software organization in the world.

For start-ups aiming to release a feature-rich mobile application without spending a lot of time and money, Flutter may be the most creative and appropriate platform.

Flutter app development trends are an excellent option for startups because of the platform’s effectiveness and dependability, quick upkeep, and features that provide a variety of ready-to-use widgets.

1. An Effective Design to Draw Investors

Every kind of company has to entice investors to secure the required funding.

Flutter’s robust UI features and simple design appeal to both customers and investors.

These enable designers to create a seamless and understandable user experience.

Compared to previous cross-platform tools, Flutter has a much wider variety of widgets.

The program starts up much faster as a result. Additionally, because Flutter uses its OEM widgets, there is no need to identify them.

Flutter enables natural communication between applications and the native platform.

This makes it simple for developers to create high-quality applications with Flutter, even those that are pretty complicated.

Flutter is a low-cost platform that entrepreneurs advise using to develop startup apps because it offers a great user experience.

3. A Strong Back-End Solution for Startups is Firebase

Flutter already has Firebase pre-installed, which is a dependable Google back-end solution.

This increases the platform’s allure.

Flutter offers solid support right out of the box, hosting options, a real-time database, user authentication methods, and other essential back-end capabilities when used in conjunction with Firebase.

Because they enable businesses to cut down on back-end development processes and related expenses, Firebase’s back-end capabilities are essential for start-ups.

The platform for creating apps using Flutter is quicker and more engaging.

If a problem arises while the project is being developed, the developers may quickly fix it without compromising functionality or redeploying the code.

Where they left off, they may pick up again. Developers can experiment more promptly, add new features, solve bugs, and follow their progress in real-time. 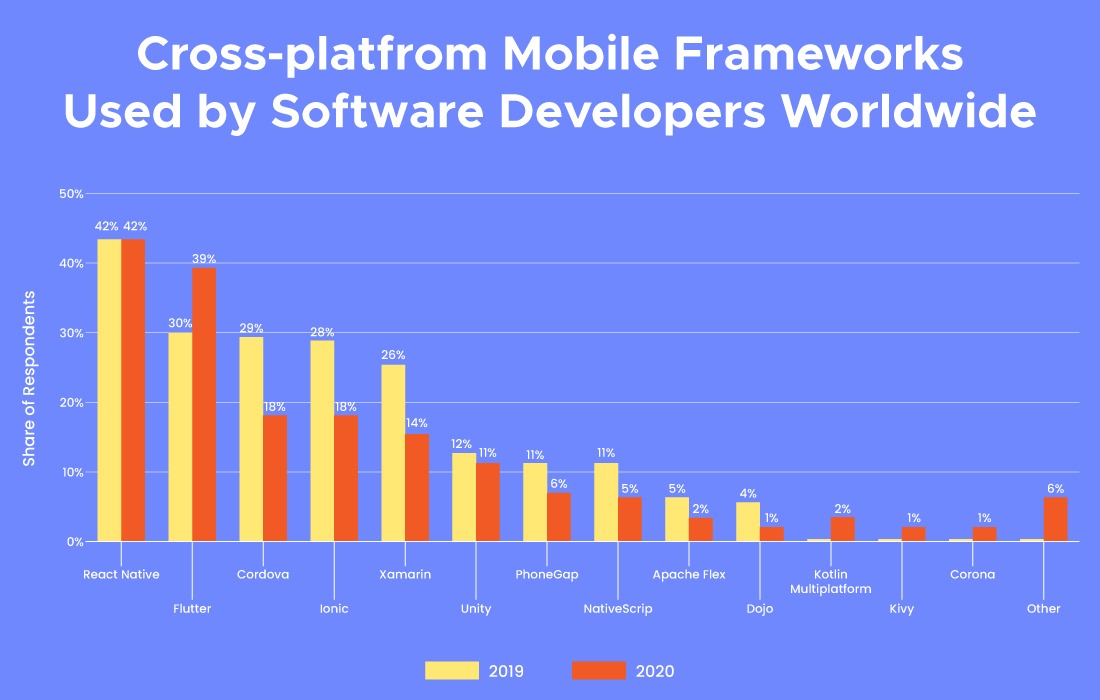 Startups with low resources may not be able to devote much money to developing native apps.

Software developers are forced to build unique codes for various operating systems to create mobile applications, which is the primary driver behind this expensive undertaking.

However, using Flutter, it is possible to create mobile applications that function flawlessly across various devices using a single code base.

This dramatically reduces the expense of maintaining mobile apps, which is something that many business owners value.

Developers can access widgets depending on the variations between the iOS, Android, and Google Fuchsia platforms via Flutter app development services.

As a consequence, you may utilize widgets to include all of the platform-based functionality of the app while leveraging Flutter app development services as UI builders.

These include fonts, icons, scrolling, and navigation.

Services for Flutter app development provide a whole native experience that is platform-specific, like iOS or Android.

These may be used for business apps created for internal communication or ones designed specifically for a particular geographic area.

Additionally, it helps develop compelling user interfaces that are well-structured and based on locations.

Flutter enables you to modify the UIs when creating an app for a particular geographic area depending on the preferred language, text, and even the layout of the intended location.

The ease with which you can create your MVP is the primary justification for creating your mobile startup app with Flutter.

You simply need to spend a short amount of time and effort to produce an MVP with Flutter.

Naturally, the development of Flutter’s MVP is also somewhat constrained.

Because almost all codes are interchanged across iOS and Android applications, Flutter SDK has less code.

1. Is Flutter ready for mobile production?

The Flutter Web is almost prepared for launch.

Just recently, Flutter for the Web went from beta to stable.

And because it enables them to design very safe and appealing websites, this is fantastic news for developers.

2. What makes Flutter the future?

Working with the Android and iOS platforms is a breeze using Flutter.

Thanks to this one-time coding functionality, you won’t need to maintain two different files for the same outcome.

The cost of mobile applications created using Flutter is often much lower.

You may save money on development and maintenance by using Flutter development services to build your new mobile app.

However, no one size fits everyone.

Each project has its own set of characteristics and standards.

Your developer determines the final price when the discovery phase is through.

The following elements affect how much it costs to create a Flutter app:

You won’t need to hire different developers for each app platform.

Second, all of Flutter’s materials and tools are free and open-source.

Developers can resolve most problems with only one line of code.

Flutter development trends are excellent for new mobile applications, especially in terms of cost and speed to market.

Additionally, since Flutter has the support of Google and a large community, it proves to be a very reliable option.

The setup may be organized relatively quickly with the help of Flutter app development services, which don’t need large gear.